skip to main | skip to sidebar

For this assignment students were asked to use motion to create a particular effect. 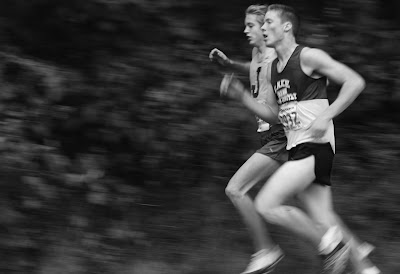 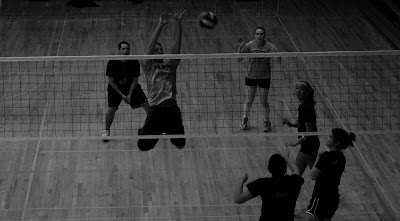 Photo by Renee Davies
Michael Duty, 21, reaches for the ball during Saturday's Western men's basketball game. The team is not playing another school, but instead a team made up entirely of alumni players from Western. The game serves as a pre-season game to test where the team is at for the new season. "I'm excited for the season, we're gonna be really good," Duty said. "We have a lot of new faces this year so we're ready to win."
Posted by J305 at 9:00 PM No comments:

For this assignment students were asked to capture an individual in the environment that defines their character. 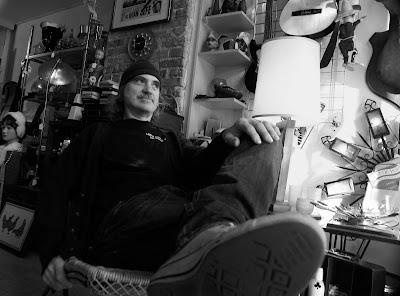 Photo by Nick Johnson
Billy Hutchinson, 56, sits in his shop on East Pike Street in Seattle on a quiet Sunday afternoon. His tiny business specializes in popular antiques such as old skateboards from the '70s and vacuums from the '50s. "I love this place, all 400-or-so square feet of it," Hutchinson said. 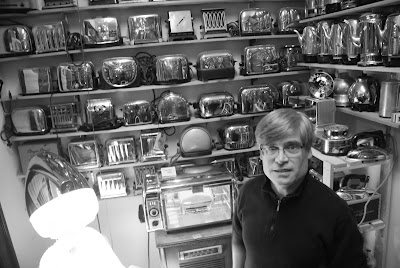 Photo by Hailey Tucker
Eric Brown, 52, stands amid the toasters he has been collecting for about 15 years. He currently owns about 230 toasters, half of which are located in the Toaster Museum and Hoop Factory in the Dreamspace Studios in downtown Bellingham. Seated next to him is the “Incredible Being of Light,” a robot he built out of straws and other clear plastics. Brown eventually intends to make each toaster into a work of art, but keeps his art supplies on display in the meantime. “It's more the mechanics and aesthetics of the chrome than the toaster,” Brown says when asked what draws him to toasters. 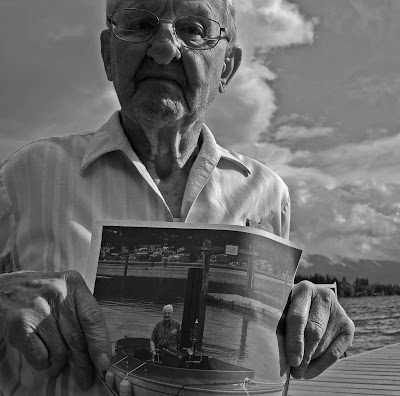 Photo by Devon Fredericksen
"Sailing is all I've done all my life," said Gordon Garlick, 88, who has spent the past eight years building his own steamboat. "But sailing takes agility, and I'm too old for that now. That's the reason I built the steamboat." Garlick is holding a photo taken of him with his steamboat on July. 19, 2008, the first day he took it out on the water. 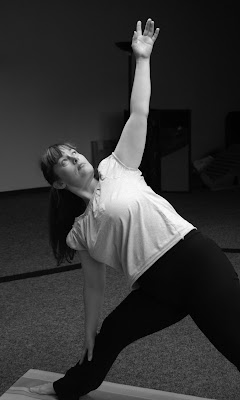 Photo by Cejae Thompson
Abby Staten, 44, a yoga teacher ad therapist, is doing the beginning stretches to her yoga routine in her studio at Everybody's Yoga in Bellingham, Wash. on Oct. 21. "For me, yoga is a way of creating spaciousness inside, of moving from contraction to expansion at all levels, so that my body feels healthy and the things that normally get me down has less of a charge," Staten said.
Posted by J305 at 9:10 PM No comments:

This assignment was designed to give students experience at approaching strangers. Students had to ask a brief interview question and create unique headshots of people in the community. 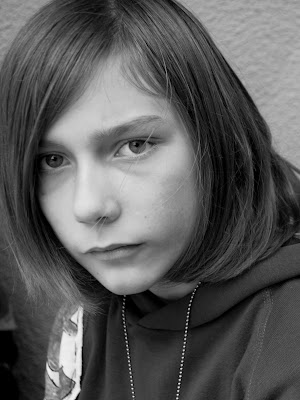 Photo by Hailey Tucker
Thirteen-year-old Nick Cooper of Bellingham, Wash., said he’d legalize marijuana if he were elected president. “I don’t find anything wrong with it,” Cooper said.
Posted by J305 at 9:02 PM No comments:

For this assignment students were asked to capture an image using a disposable camera. 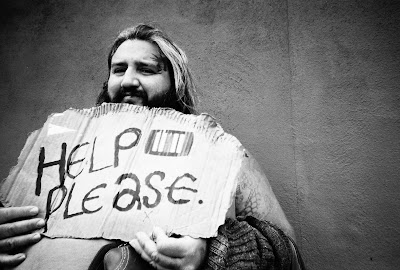 Photo by Nick Johnson
Mario Moreno, 38, stands near the corner of Holly and Railroad on Tuesday October 7, 2008. Moreno has been in Bellingham for three years and stays at the Rainbow Center on 213 Champion St. Moreno is originally from Bakersfield, Calif., and has traveled around the United States most of his life. He chose to stay in Bellingham because he likes the air quality and he is bi-polar and likes the way he is treated at the Rainbow Center. “This will be my third holiday in Bellingham,” Moreno said. 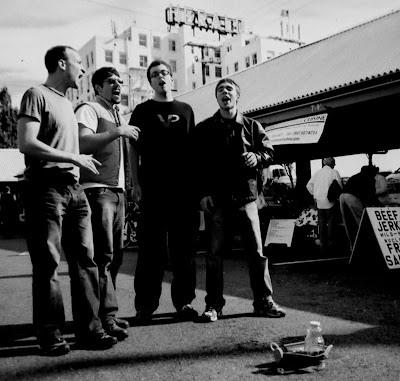 Photo by Renee Davies
A cappella quartet u4eeuh performs at the Bellingham Farmers
Market. The four members, from left, Joe McCorison, 32, Andrew DeMulling, 23, Jamie Severson, 25, and Drew Osternout, 21, first came together through a chorus in Lynden. “We’ve been together since last December,” Andrew said.
Posted by J305 at 9:00 PM No comments:

This blog was created to showcase the work of beginning photojournalism students at Western Washington University in Bellingham, Wash.

The photos posted here were produced by students in Journalism 305, Photojournalism, taught by professor John Harris. The photos were produced in response to specific assignments.

The use of flash or strobe lighting is prohibited for all assignments.

Click on any photo to view it in greater detail 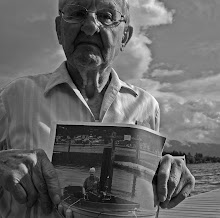